She’s a writer, producer and director — with films that have been featured at the Cannes Film Festival — but Monica Mingo hasn’t always embraced her true self.

“Instead of focusing on being the creative I truly am, I tried to fit into a corporate box,” says the Louisiana native and owner of That Gumbo Life, a home décor store in Pascagoula. “Even as I was successful in the box, I was never happy.”

Mingo now stays busy hunting for furniture pieces to repurpose or refinish. Coffee is always ready in her store, she says, which is furnished with “super comfy” chairs and stocked with vintage items, art, mirrors, clothing, fabric and more. She also helps clients devise a design plan for their own pieces.

“I get to get up every day and make things pretty …,” she says. “I wish I could put into words how it feels to take something well-made and well-loved and give it a new life as a showpiece in someone’s home.”

Arriving at a contented place, and devoting herself to her passions, didn’t happen without difficulty. Given her diagnosis of ADHD, Mingo is especially proud of writing “Compound” — a novel that follows five strangers who receive a deed to a luxury beach home, a title to a new car and a cashier’s check for $1 million from an anonymous benefactor, with promises of more to come. The characters bond during a summer at the beach, then become conflicted when they learn why they were brought together.

“It’s so hard being a writer when you have ADHD, and I am so amazed I was able to do it,” Mingo says. “Even more amazing is that I’m almost ready to publish my second book and about to do an audiobook.” She’s aiming to release the book, a yet-untitled sequel to “Compound”, by October.

Her ability to overcome also applied to breast cancer, which she says she survived because the disease was caught early.

She was tested further when she and her husband, Robby, were unable to have a baby. That period of facing infertility, Mingo says, “was a pretty dark time for me.”

“I’d beaten breast cancer before, so (I) was convinced I’d beat infertility, too, but it just didn’t happen — and I was broken,” she recalls. 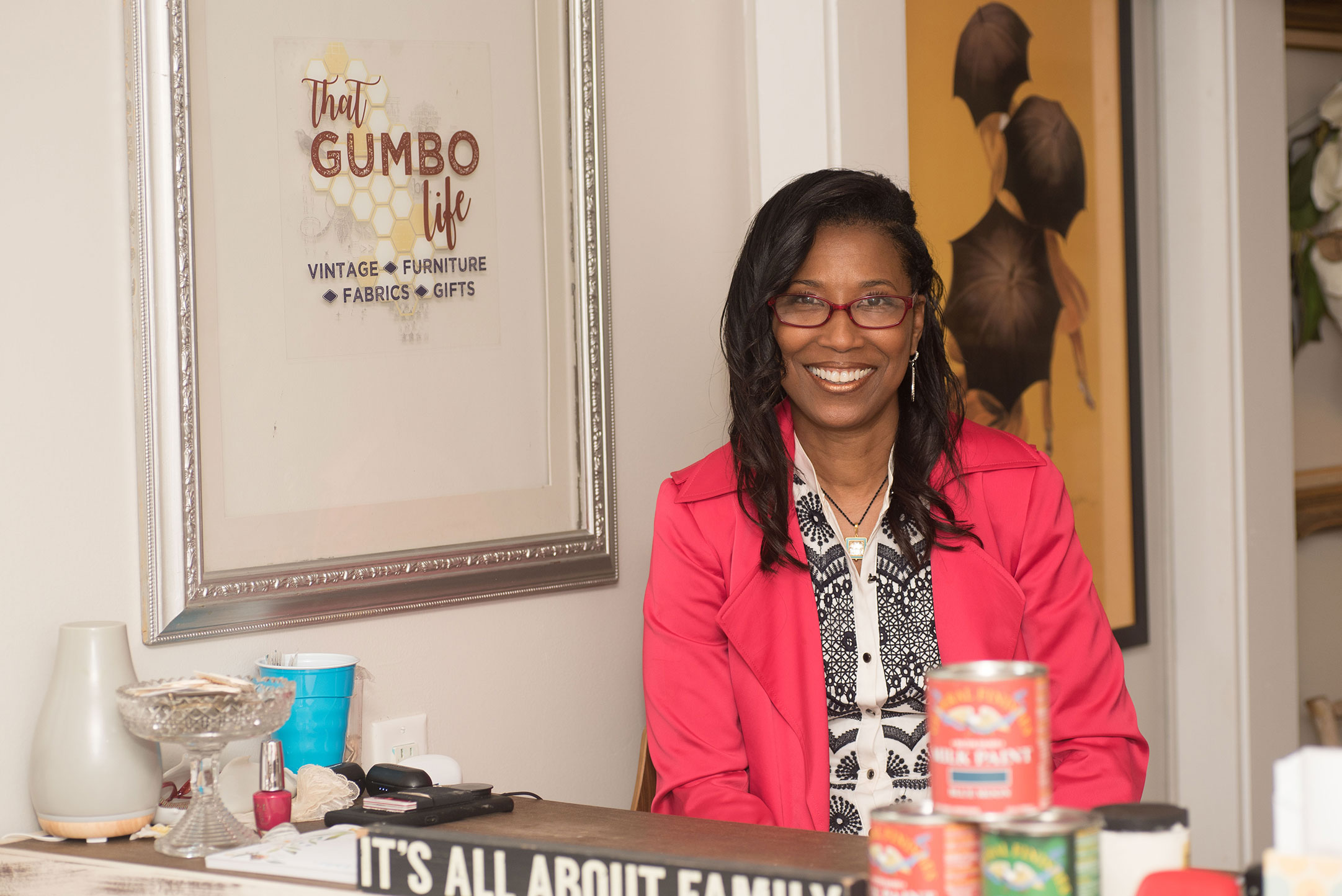 Mingo says she’d “always wanted to make movies,” and after the infertility struggle, she attended film school in the Washington, D.C., area. The self-described creative tried to fit into the corporate world but couldn’t deny 15 her artistic bent.

Mingo’s filmmaking efforts have resulted in awards, nominations and critical acclaim. “The Coalition”, the first feature film she wrote and directed, was co-authored with producing partner Terrell Suggs of the Baltimore Ravens and follows four scorned women who band together against the players who mistreated them. “Sisters”, released in 2010, explores the complexity of a sibling relationship and the struggle of unconditional love. Her short film “When Beautiful People Do Ugly Things” premiered at the Cannes International Film Festival Short Film Corner in 2011, and she then produced “Commitment”, which premiered at Cannes in 2012. Her book and films are available on Amazon.

Women who are taking risks can always find a critic, Mingo says, but she encourages others to “look for the cheerleaders — and listen to them.”

“The more you surround yourself with good people, the better,” she says. “Good people are good for good people. It’s always been that way.”

Mingo has shared more of her insights, as well as recipes, DIY décor projects and more, at www.monicamingo.com. As her “mother’s daughter,” she says, “I try my best to be of service whenever I can.” Although she doesn’t have children of her own, Mingo and her husband are now raising their 7-year-old nephew, whom she describes as “the world’s funniest and most amazing kid ever.”

At her store, Mingo says she loves when clients come in to chat, and painting classes are consistently filled with fun and laughter. Her personality makes her easy to talk to, she says — “and I give great hugs.”

“Serving my community is important to me,” she says, “and I am comfortable being used as a resource whenever I can help.”