Coach sets example of hard work, dedication for her students 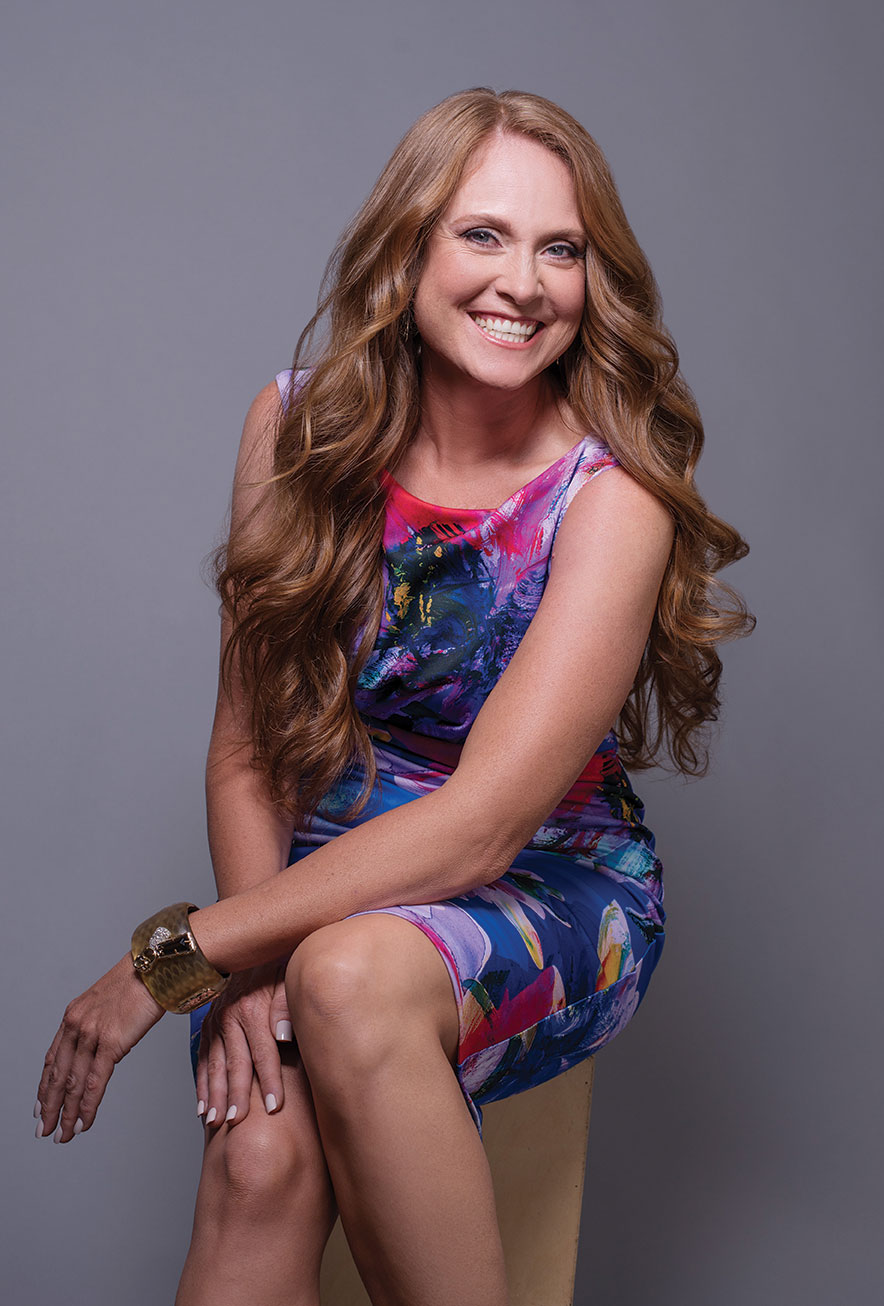 Michele Woodberry is not one to seek the spotlight. Although her role requires her to take charge and run large events at times, the self-proclaimed introvert prefers being behind the scenes.

“I like my athletes to get the recognition,” says Woodberry, the boys’ and girls’ head track and cross-country coach at Gulfport High School. While Woodberry wants the shine to stay with the students, she couldn’t help but draw attention herself – winning Coach of the Year for Region 4 in 2009 among other distinctions.

Woodberry just completed her 20th year teaching and 17th year coaching, starting her career teaching physical education and coaching track at Picayune Junior High and coming to Gulfport in 2005. A two-time state champion in cross country, and a South State, regional, and district champion in track and field, her athletic experiences in high school shaped the approach she uses to train young athletes.

“I have found out over the years that respect is the key to reaching the kids and getting them to succeed in the classroom and on the track,” Wood- berry says. If you show these kids you care and give them the respect they deserve, they will try and do the best they can do.”

Woodberry’s own three children, 21-year-old Jordan, 19-year-old Alexandra and 17-year-old Victoria, tagged along to countless practices, meets and games while growing up. Woodberry coached all three, which she counts among her most rewarding experiences.

“The main reason I entered the education/coaching field was because of my children,” she says. “I wanted to work a job that allowed me to be with them as much as possible.”

Sometimes female coaches are over- looked or replaced in favor of male coaches, Woodberry acknowledges, but with her caring, compassionate nature, no-nonsense approach and undeniable work ethic, she has impressed men and women alike. In the 6A division, the largest in the state, Woodberry also is a rarity — the only boys’ and girls’ head track coach on record.

“I do believe I have earned the respect from fellow track coaches across the Coast and state,” says the coach, who’s had four team south state championships and eight team regional championships while at Gulfport, “and I am honored to have worked with many great coaches learning and gaining knowledge along the way.”

Part of that learning process has meant switching paths and still trying when situations don’t turn out as planned. No matter what, the coach urges, “Never give up on your goals and aspirations.”

“It’s also OK to make mistakes and fail,” she adds, “as long as you learn from them and allow it to make you stronger.”

After school and track practice, as well as on weekends, Woodberry can be found managing and serving at Biloxi restaurant Fill-up with Billups. A firm believer in community involvement, she has hosted the Hershey Track Meet for the Gulfport Recreation Department. Each June, she, her assistant coaching staff and track athletes also run the track and cross-country camp for kids ages 5-12.

“If I can give a kid the drive and want to compete and become the best version of themselves and to learn how to deal with success and failure,” she says, “then I have succeeded.”

Veterinarian is determined to make a difference 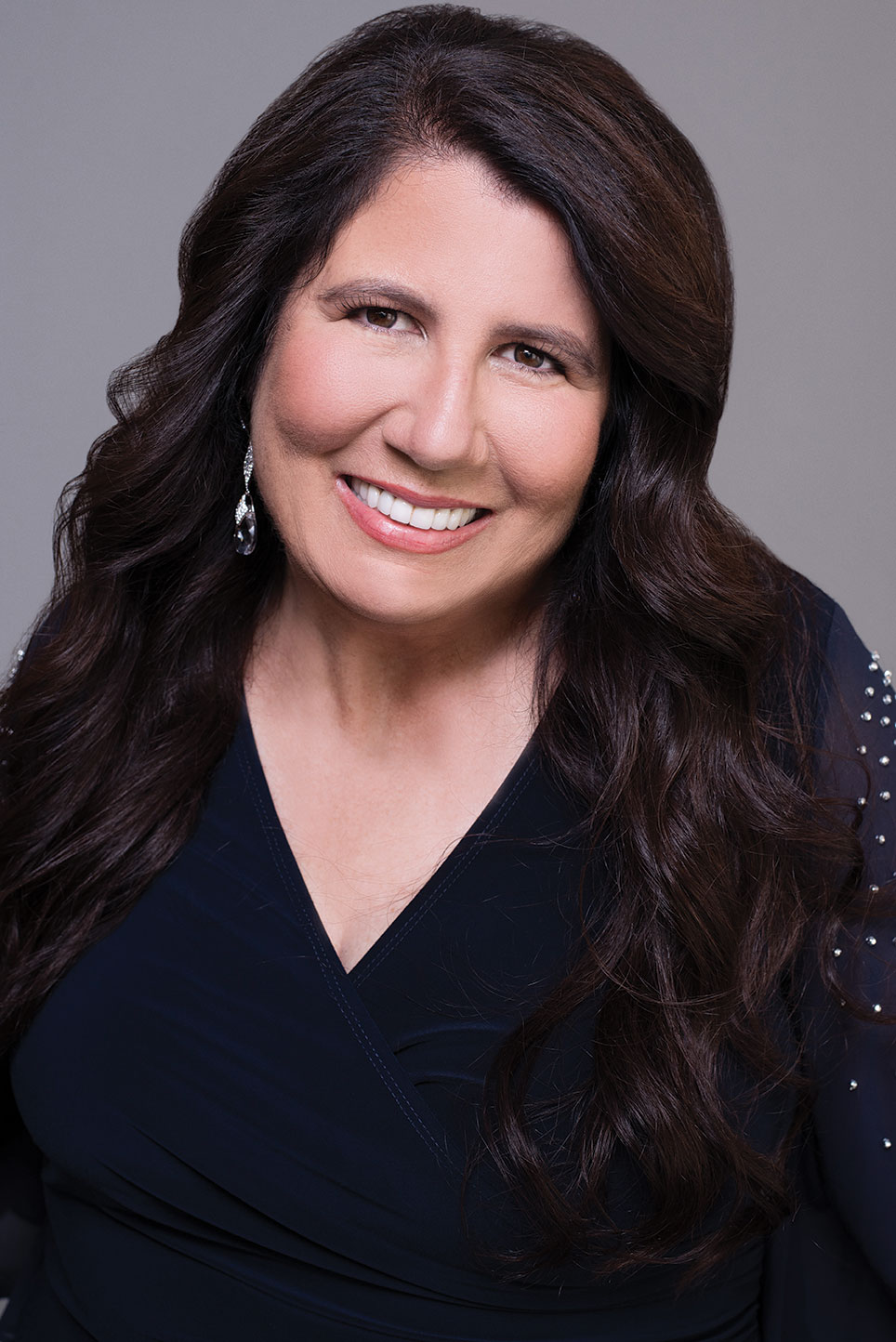 In a community with numerous needs and problems to address, Dr. Jennifer Sutton is part of the solution.

Passionate about helping marginalized and underserved populations, both people and animals, the veterinarian has worked tirelessly on their behalf.

“Success is not also measured in achievement or recognition,” Dr. Sutton says. “Sometimes the most fulfilling activities are those that not too many people even know you did, but you do, and it provides a personal satisfaction that is unparalleled to any other.”

Locals who have experienced a pet health crisis probably are familiar with Gulf Coast Veterinary Emergency Hospital, part of the practice Sutton owns with husband, Jeff. The practice also includes Beach View Veterinary Hospital, which was acquired in 2015.

Although Dr. Sutton was born in Washington, D.C., her family came to Long Beach in 1978, and she has a deep connection to the area. After meeting at LSU, the Suttons relocated to Cincinnati after graduation but decided to return to the Coast in 2003.

“We had the desire to open our own veterinary practice and knew we wanted to practice progressive medicine, but I also did not want to ‘compete’ with my friends …,” Dr. Sutton says. “This prompted our survey of area veterinarians for a niche that was not being met, and emergency medicine seemed to be it!”

Before Katrina, the mother of four says she was absorbed with the day-to-day duties of being a working parent. The Suttons evacuated 10 miles north during the hurricane, returning home to find everything from the bricks to the furniture was gone.

“The days and weeks following the storm are a blur as I think about them today,” Dr. Sutton says. “Our business was spared, so my husband quickly returned and under generator power took care of many search-and-rescue dogs (and) stray and owned animals, and (we) distributed whatever food and supplies that we had ….”

The couple wasn’t sure, in Katrina’s aftermath, whether they’d have enough business to sustain their practice. However, Dr. Sutton recalls, it was busier than ever because pets had become even more precious — offering their owners love and support during a tumultuous time.

“We heard often (from people) in the days, weeks, months and years following the storm that if it had not been for their pets, they would not be here — that they would have let go of the tree, of their roof, of their floating debris, but they did not want to let their animal down,” Sutton says.

Post-Katrina, the veterinarian felt a strong desire to give back. In 2013, that call caused her to step away from her practice to serve as executive director of the Hancock County Court Appointed Special Advocate program (CASA), which advocates for abused and neglected children. Additionally, with canine partner, Belle, she has presented a program to over 3,000 children called “Hug a Tree and Survive” — teaching kids what to do when they are lost while also instilling confidence around dogs.

She and Jeff also are consistently involved in low-cost spay and neuter services while offering other veterinary services to those in need, such as an annual drive to vaccine animals of the homeless. The emergency hospital provides temporary respite care for injured wildlife as well, and according to Sutton, her practice works with Brandy’s Hope to employ disabled individuals.

“We are always looking for ways to grow our practice to serve more needs of the community,” Dr. Sutton says.

To that end, more than $1 million in upgrades are now underway to the practice, including a new building to house a crematorium and blood bank for animals, as well as the installation of a CT scanner and hyperbaric chamber to increase diagnostic and care abilities. The Suttons’ success recently led to recognition as the 2019 Small Business Administration Mississippi Small Business Persons of the Year.

All three of the Suttons’ girls have expressed interest in a veterinary career, she says, and the school bus brings two of them to Beach View daily, where they work filling treat bags, caring for patients and helping in the back of the hospital. With their involvement, Sutton adds, the practice is truly a “family business.”

“Science has proven that those who love and care for animals have lower rates of depression, hypertension, stress and other emotional, mental, social and psychological benefits,” Dr. Sutton says. “What an honor to care for people through their pets!”