I was supposed to go home. Even in my drug-induced haze, I knew that much.

Instead, as I awoke from a heart catheter procedure at Ocean Springs Hospital, a surgeon was standing over me; we recognized each other.

“Jen, it’s Dr. (Jason) Williams,” he said through his face mask, reminding me that we’d once had dinner together with our spouses and mutual friends. I remembered. What I couldn’t make sense of was his presence. I hadn’t asked for him — at least not yet. But seeing him caused a rush of relief.

His face, while comforting, appeared far more serious than the last time I’d seen it.

“How’d it go?” I asked, too groggy to be alarmed by his expression.

“It went fine,” he said. “But you’re not going home. We can’t let you leave like this. It has to come out.”

“It” was the defective aortic heart valve I’d been born with but didn’t think much about outside of cardiologist visits every couple of years. I’d assumed my recent check-up with my new specialist, Dr. Jack Brand, would be as anticlimactic as the last — and the one before that — but life’s most significant moments tend to catch us unaware.

After a routine echocardiogram (a.k.a. heart ultrasound) in January, the cardiologist’s office called. The woman relaying the message didn’t mince words; the doctor wanted to bump up my consultation and probably would recommend surgery.

Suddenly, my mind flashed back to being 8, the last time my heart had put me in the hospital. A relatively new procedure called angioplasty prevented me from needing open-heart surgery and had bought me 30 years of uninterrupted indifference to my valve problem. The thought of returning to the operating table terrified me, and my main comfort was believing it only would be a redo of my last procedure; they’d send up another catheter, and I’d be on my merry way.

“What kind of surgery are we talking about?” I asked Dr. Brand when we met two weeks later. The question was almost an afterthought, which followed several minutes of conversation about the seriousness of my aortic stenosis. Most people have tricuspid (three-flapped) aortic valves. Mine only had two (bicuspid), causing it to become hardened, narrow and not function properly over time.

The only fix, Dr. Brand said to my horror, was valve replacement — open-heart surgery.

Somewhere in my memory, a misconception had gotten stuck; I’d always known my valve would need replaced, but that was supposed to be “someday” — when I was retirement age, not in my 30s. The next step was a catheter procedure in a week, Dr. Brand said, then referral to a surgeon.

Leaving the office, I countered my anxiety with two tasks — telling my family, and asking my local friend group for advice. My parents were concerned, of course, but stoic. They’d seen this coming since I was a baby and had believed it would happen sooner.

If a surgeon literally would have my heart in his hands, I wanted someone I could trust; that’s where my friends came in. Some of them had ties to the local medical community, and being new to the area, I knew I could rely on their recommendation.

After conferring with them, I’d planned to request Dr. Williams — who I’d actually met once — but I didn’t have to. Instead, he’d been consulted after my catheter procedure and agreed with Dr. Brand’s finding: My valve was in abominable shape, among the worst he’d ever seen. The next two days passed in a blur with tests, surgery prep, discussion and decisions.

Dr. Williams posed two choices: a biologic (real tissue) valve, which he guaranteed would mean at least one more open-heart surgery later — each time more complicated and dangerous. The alternative was a mechanical valve, which would outlive me but require me to be on blood thinner for the rest of my life. While I disliked the idea of medication and regular blood checks, I deemed it better than a repeat in 10 to 20 years.

The procedure itself, when described in detail, made me question how anyone could survive it. Dr. Williams’s process was to cool the body to below freezing to protect the vital organs, including the brain, while he operated; for a time, none of them would be getting any blood flow. He was candid about the risks, as any ethical doctor should be.

The night before surgery, as he was leaving the room, I blurted out, “Do you think I’ll make it?” It would take several hours of work on his part, and several weeks of pain on mine, he replied, but I’d be fine.

The last thought I remember having before falling asleep was a prayer: Please, God, just let me come through this intact and conscious.

Before I knew what had happened, that prayer was answered. The first faces I saw after coming to were my husband, Dave, and my dad standing at the foot of my bed in intensive care. I instinctively cried out to them, but with a respirator in my throat, I couldn’t make a sound. Dave put his phone to my ear and played Anna Nalick’s song “Breathe (2 a.m.)” — a favorite of mine that also focused and calmed me. 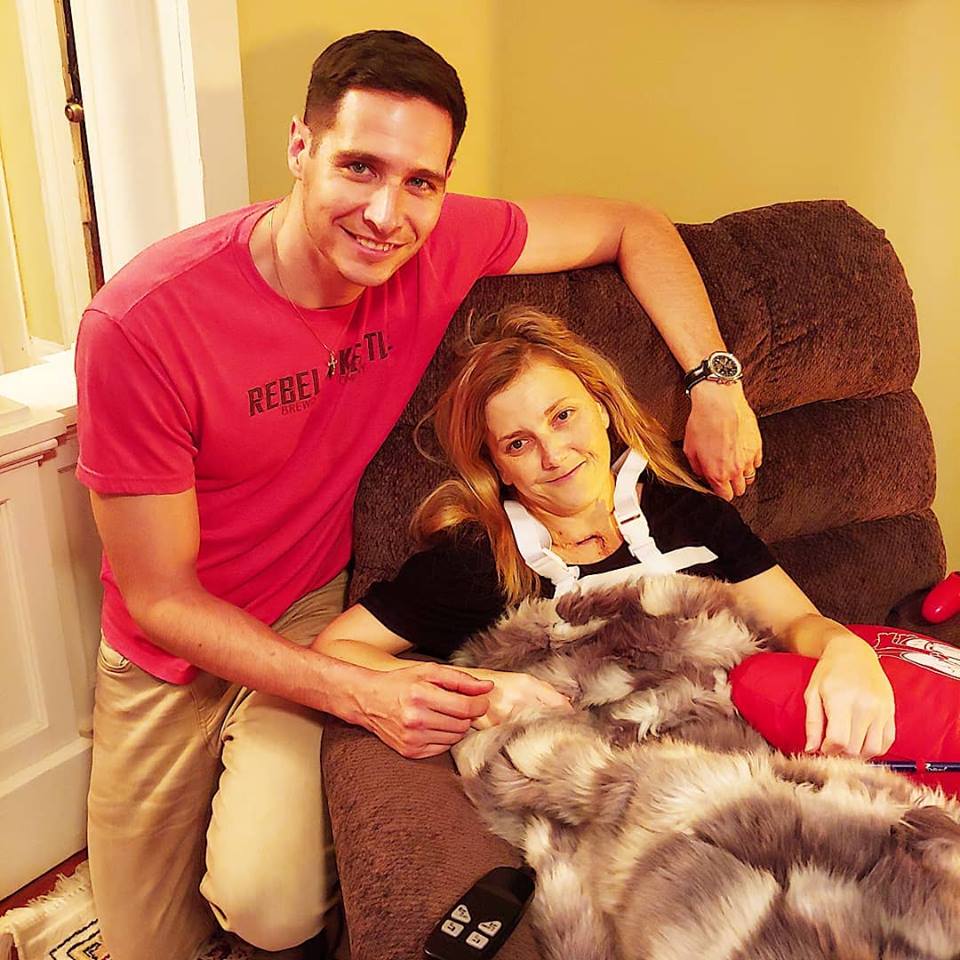 When you’ve been broken in half then wired back together, you’re bound to have some chest pain. The doctors and nurses wanted me up and walking as much as possible, but just completing a few laps around the hospital floor exhausted me and left me wincing. People kept telling me how great I looked when I felt like I’d been hit by a bus. Some of the pitiful noises I made after going too long without pain meds, even I didn’t recognize.

My mom and mother-in-law stayed with us after my discharge, and a steady stream of meals came from my friends and neighbors. Each day, as the doctors and literature had promised, I felt better and better. In a matter of weeks, I could control my pain with ibuprofen and resume some household chores. Even when inclement weather kept me inside, I made rounds throughout my house, clutching a heart-shaped pillow to my chest to squeeze when I coughed — which I did constantly.

When I walked around the neighborhood, Dr. Williams’s words echoed in my mind. He’d heard that when I went walking with my friend group, I tended to be the slowest; given my age and relatively good health, he said, there was no reason for it.

Often we settle for less because we’ve accepted the status quo. What I noticed most after surgery was the feeling that my body was getting more oxygen now that my heart was working properly — which made a huge difference in my energy level and how I felt overall. The human body is remarkable, and I’ve never had a greater appreciation for mine.

My other big takeaway? There’s no excuse not to take an active role in your health. While I’d seen several cardiologists and dutifully kept up with checkups, I should have asked more questions, been more involved and not let appointments pass without a follow-up phone call. I can’t say why a previous doctor didn’t act, or at least alert me to the severity of the situation, but it doesn’t matter. It’s my heart, and ultimately my responsibility.

Seven months post-surgery, having completed 12 weeks of cardiac rehab, I’m stronger than ever — and extremely grateful to be alive. Fresh out of the hospital, when the large scar on my torso was red and angry looking, I’d glance down and scowl. It’s still visible, but I don’t hate it anymore or try to cover it up. It reminds me, and announces to the rest of the world, that I’m a survivor.

Jennifer Gentile is a contributing editor/ writer for Gulf Coast Woman. Reach her at Jen@gulfcoastwomanmagazine.com. 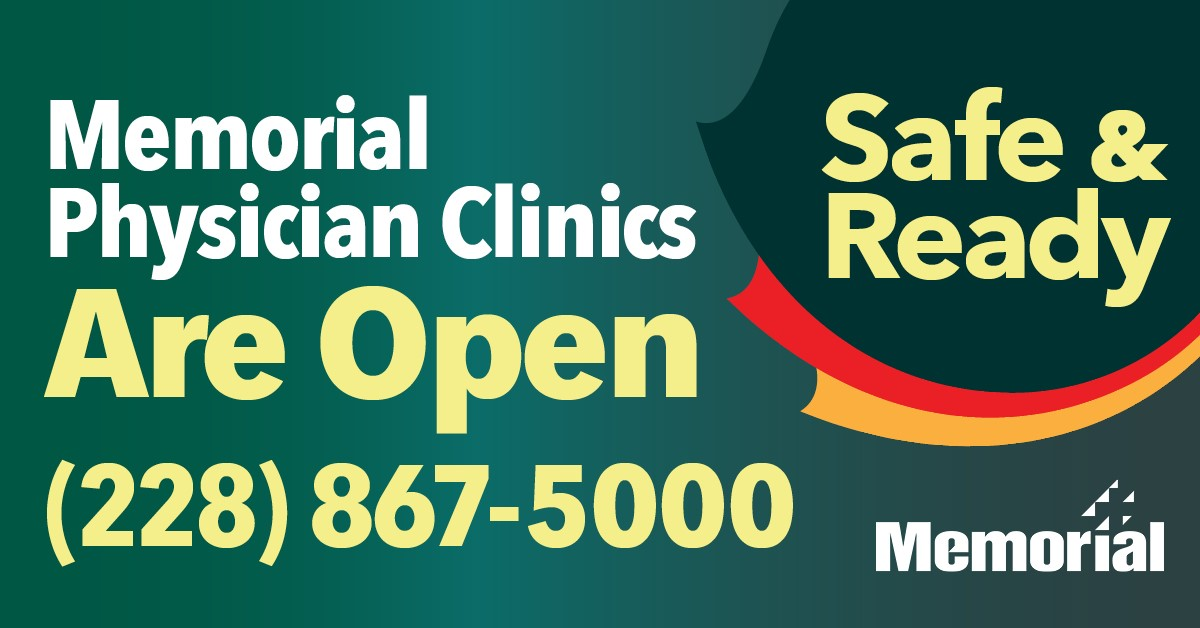